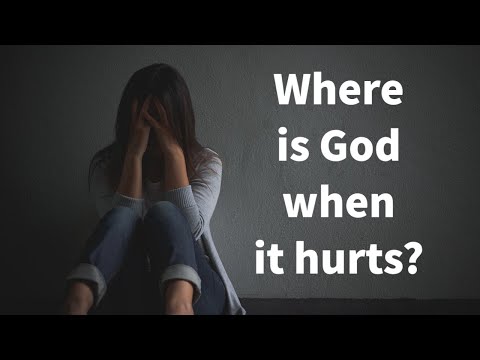 Gina passed on a Tuesday morning and the Sunday before the Sunday night, before was rough. And two things in going back to 2020. When we first found out about Gina's cancer, there were two things I knew God told me:

I told Gina both. So that's why even sometimes when Gina would have a rough day, she would say “go”, you know, I text her in between services to make sure she was okay.

Even when I walk up now this morning, I can still hear her say, “go, get it baby.”

So, the Sunday night before the Tuesday, I was out for a walk and where I live there's houses around, it's kind of spaced out, but then it doesn't take long to get out where you're only in cornfield. There's a couple of those in Wisconsin. Where there are only in cornfields, there's no houses.

I'm walking and I am letting God know, I don't feel like He's been with me through this.

As matter of fact, I felt abandoned. I would ask, “God, where are you in this?” And I kid you not a car drove past. I didn't think anything of it. I was really in my own head and crying as I'm walking down the road, the car turns around and it's two people from Spring Lake who don't even live out there.

They were on a country drive. So, they stop, they turn around, she gets out of the car with a boot on her foot and just gives me a big bear hug. God caught me when it felt like things were going to bottom out at the worst. God caught me! What I'm realizing is, it’s things that happen that catch me off guard that can send me down quick.

If I take my eyes off eternity for about 15 seconds, things can go bad. Last Sunday, I didn't go out in the country. I went into a little town nearby and I'm just going for a walk, same type of situation. God, where are you in this? Why? Somebody rides up on a bicycle. It's another Spring Laker.

They get off the bike. They come over on the road in front of God and everybody, they bear hug me.  God caught me.